This post is part of a ten day series on my top ten games of 2021. You can find previous entries here. 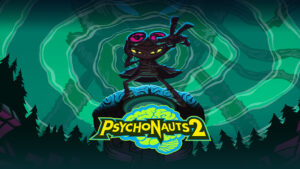 Between Forza Horizon 5’s universal acclaim, Halo finally getting a worthy sequel to the Bungie-era games, and, of course, Psychonauts 2. It’s been a hell of a year for Xbox Game Studios. It finally feels like all those acquisitions are beginning to pay off for them. Psychonauts 2 is Double Fine’s first release since being acquired (I mean there’s RAD but that was very soon after they were bought so I doubt Microsoft had much input) and by most accounts from the studio it would’ve been a very different game before joining Xbox.

As a lifelong fan of platformers, obviously I had played the original Psychonauts before the sequel… about a week before I started 2. I didn’t really have any nostalgia or emotional attachment to the franchise growing up; so the announcement, crowdfunding and subsequent development troubles were never really on my radar. Even when the super positive reviews started flying in, I wasn’t really too fussed. Truth is, I don’t actually know why I decided to make the jump and play through both Psychonauts games, but I’m extremely glad I did.

Psychonauts 2 is both a surprising and safe sequel to the original. At the core, the gameplay is near exact, which – considering the 16 year gap between entries – you wouldn’t be wrong to expect changes to it; however, this isn’t entirely a negative. Outside of the narrative, Psychonauts 2 feels ripped right out of that era of character platformers – warts, and all. The only other game remotely like it this year is Ratchet and Clank: Rift Apart, which may be far more polished all around; however, it lacks the character and heart that Psychonauts 2 exudes. 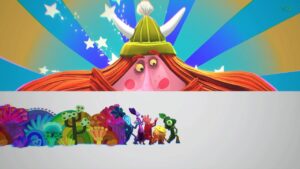 If you’ve been reading along with this list, you probably got the impression that I’m very much a gameplay over story person. You would be right to think that, which makes those games with stories so good that I can ignore the flaws in gameplay even more impressive to me. Psychonauts 2’s plot is surprising, emotional, and genuinely funny, and – weirdly for a game that looks like it does – probably the best representation of mental health in a game.

Psychonauts 2 kicks off almost immediately after the first game, with Raz finally acknowledged as a member of the Psychonauts – a band of psychic superheroes – after his actions in the first game. Before immediately being deranked into a member of the intern programme. Members of the Psychonauts can use psychic abilities as well as enter people’s minds (known as mindscapes) in order to help – or manipulate them in some cases.

Where the game’s storytelling shines is through its level design and mechanics. Each of the mindscapes represents the owners’ mind and worldview; this includes their own specific mental illnesses. For example, the first ability Raz learns is to link thoughts, which he subsequently uses to manipulate the second head of the Psychonauts: Hollis Forsythe to allow the interns to join the crew on a mission. After rewiring Hollis’ mind to associate money as being worth the risk, she brings the interns with her, and all is well… Except in doing this, Raz has awakened the latent gambling addiction in Hollis. Her mindscape gets transformed from a hospital to a casino as she gambles with the lives of her students.

After reading that, a thought must have crossed your mind that it’s pretty messed up that you just have the ability to rewire someone’s thoughts. I definitely had that thought while playing through it. I was equally as shocked when the game actually called this massive invasion of privacy out. I would hate to spoil the story for this game, so I’m stopping myself from talking about story content past the prologue. You’ll have to just trust me when I tell you that Psychonauts 2 is full of that kind of surprising and introspective character work. Members of the fabled Psychic Six have these amazingly crafted character arcs. For example, Bob Zanatto goes from being a character you know nothing about to reducing you to tears in the span of about an hour. Definitely not what I expected from a fun PS2-esque character platformer. 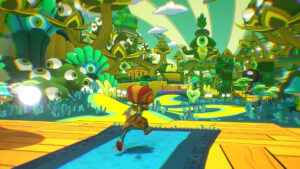 As with the first game, the mindscapes are a highlight. The art direction of each of these worlds is incredible and is able to convey so much about each character without saying a single word. Luckily, the performances in the game are equally as fantastic. How David Kaye’s performance as Ford Cruller (a character who was primarily comic relief in the first) isn’t sweeping every best performance award this year is beyond me. Richard Horvitz hasn’t lost a beat in the last 16 years and fits back into the role of Raz so effortlessly – especially impressive since I had just finished the original hours before starting the sequel.

Psychonauts 2 is a total surprise.  Surprising in the sense that after 16 years, a fig campaign and development hell, it actually exceeded everyone’s expectations. Surprising in the sense that a game that looks like an Invader Zim spin-off could be one of the most emotional and well-done depictions of mental health. Hell, I felt more passionate about this game getting robbed at various game award shows than I did about my actual game of the year. Congrats to the team at Double Fine; they’ve created something special that I will still be thinking about for years. 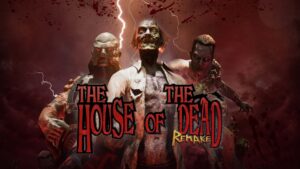 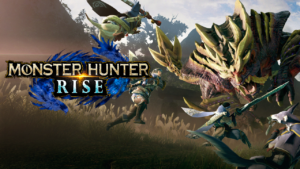